On this day in our journey, excitement was in the air as we were going to be heading to the top of the Mount of Olives, down into the Garden of Gethsemane, and into Bethlehem.  It all began with Matt leading us in a moving devotion on top of the Mount of Olives.  Peering into the city that Jesus loved and wept over and realizing the lostness of His chosen people is overwhelming.

The Temple Mount is Muslim-occupied territory.  We heard the Muslim call to prayer five times a day and witnessed many of them responding to this call to prayer.  It is believed that here, where the Dome of the Rock is located,  Abraham brought Isaac to be sacrificed (Genesis 22:1-14).  Also, Solomon built his Temple here in 950 B.C (1 Kings 6-7).  The Temple was rebuilt by Herod the Great (beginning about 20 B.C and finished about 62-64 B.C.) on a more grander and magnificent scale.   The Temple was destroyed in 70 A.D. by the Roman General Titus. In A.D.637 the Arabs captured the city and built the Dome of the Rock in A.D. 691.

From the Mount of Olives, we walked down the traditional "Palm Sunday Walk" where Jesus made His triumphal entry into Jerusalem.  We stopped at the Garden of Gethsemane with it's ancient olive trees and the Church of All Nations. 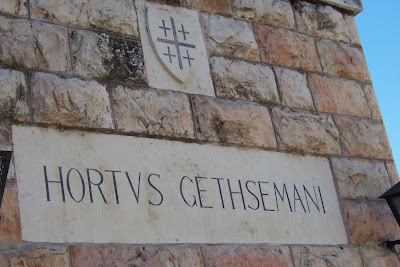 After visiting the Church of All Nations,  we traveled to the traditional site of the House of Caiaphas. After Jesus' arrest He was brought before Annas, and then to the palace of Caiaphas. 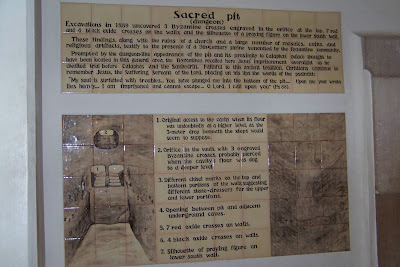 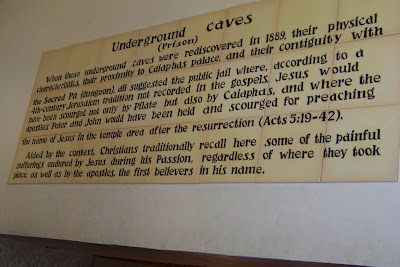 Next, we loaded the bus and journeyed to the Palestinian controlled Bethlehem. After going through a checkpoint, we entered the city surrounded by large concrete walls and headed to a Christian owned Souvenir shop.  The Christian population of Bethlehem today is less than 2%. 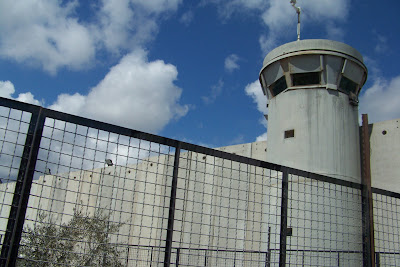 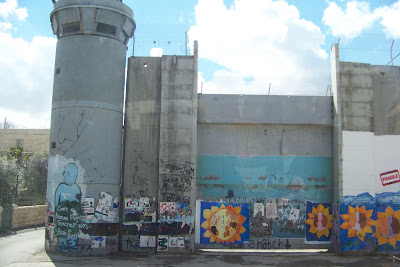 Bethlehem is known for its olive wood products and many of us left with beautiful olive wood nativities and other carvings.  After a time of shopping and eating, we entered the Church of the Nativity just in time to witness a very reverent time of prayer in this Greek Orthodox church. 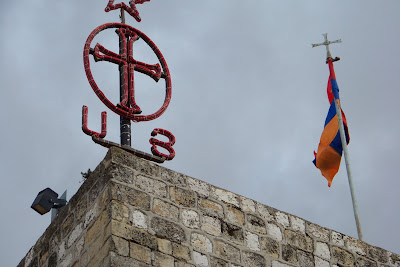 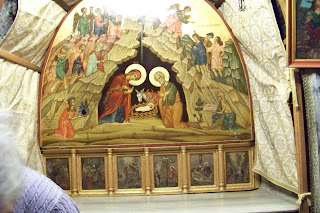